Machine Learning to estimate the extinction risk of biodiversity at the local level: the Chilean case

Planet Earth is experiencing an environmental crisis and one facet of this crisis is the rapid extinction of species. Although we suspect general trends in species loss, much work remains to be done to get an overview of the risk of biodiversity extinction. The way to assign an extinction risk category is species-specific and requires field studies and systematic assessments. In general, these studies are evaluated by national technical commissions that have the power to categorize each species. This process is very slow and makes it impossible to reach a general perspective in the short term.

For example, Central Chile is supposed to have a substantial proportion of its species highly threatened with extinction (Myers et al. 2000). However, only 15% of plants and 0.4% of native pollinators have been assessed and assigned an official IUCN’s conservation category (i.e., Least Concern, Near Threatened, Vulnerable, Endangered, Critically Endangered, Extinct in the Wild or Extinct) by the Chilean Ministry of Environment (MMA: https://clasificacionespecies.mma.gob.cl/)

Having a general overview of extinction risk at the national level is of scientific and administrative importance. On the one hand, these data could help the scientific community to understand the human impact on species extinction in multiple dimensions, such as taxonomic, functional, and phylogenetic. On the other hand, decisions at the level of the National System of Environmental Assessment of infrastructure projects are made by state administrators, who currently lack a general perspective based on massive evidence of the extinction risk status of Chilean biodiversity.

To advance in a massive estimation of the extinction risk of Chilean biodiversity, it is proposed to develop a classifier model capable of assign conservation categories to each species that have not yet been classified. Currently, there are Deep Learning algorithms capable of performing this type of estimation (Zizka et al., 2022). However, they have a global scope, and their power at the local or regional level is still limited.

The partner for this work is Dr. Ricardo A. Segovia, BIODATA program, Institute of Ecology and Biodiversity (IEB-Chile). 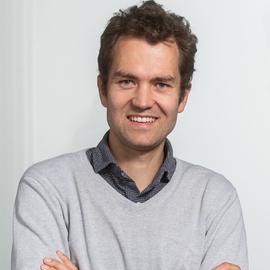 Professor for Applications of Machine Learning

My research interests lie at the interface of applied probability, statistical inference and machine learning.